The Nation reported that on Friday, October 28, 2022, many Nigerians noticed debit alerts from their banks, including their dependents whose Bank Verification Numbers (BVNs) are linked to their accounts.

Beneficiaries of COVID-19 and other targeted loans

The NMfB has commenced collection of loan facilities provided to Nigerians under the Targeted Credit Facility (TCF) and the Agric, Small Medium Enterprises Scheme (AGSMEIS). The CBN had threatened loan recipients that it would soon begin the collection process.

Those who benefited from the COVID-19 TCF and AGSMEIS loans had their accounts placed on Global Standing Instruction (GSI).

The GSI is a mandate authorizing the collection of a matured loan obligation from any defaulter from banks other than the creditor bank.

Among those targeted are defaulters of the Anchor Borrowers Program (ABP), whose accounts have already been debited.

The ABP is designed to connect anchor companies involved in processing and essential agricultural products that smallholder farmers need.

Households that have received palliatives are also targeted

Under the TCF Household Scheme, 639,197 people have been granted credit facilities estimated at N258.1 billion, while the SME facility has enabled around 112,291 small and medium enterprises to obtain loans at N258.1 billion. .2 billion naira.

Households received as little as 250,000 naira at the height of the COVID-19 pandemic to purchase food and support themselves. Many beneficiaries are those who have lost their jobs and livelihoods. Some remained unemployed. 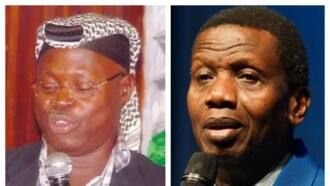 TCF beneficiary households received only N250,000 at the height of the COVID-19 pandemic to buy food and support themselves. Many beneficiaries have lost their jobs and many others are still unemployed.

However, NMfB said defaulters could walk into the bank’s offices and restructure their loans.

Remind that Legit.ng reported that the Central Bank of Nigeria has kept its promise and has started debiting the accounts of defaulters under its intervention programs for development finance.

The Director of Development Finance at CBN, Yusuf Yila, said so on Wednesday, September 28 after the Monetary Policy Committee (MPC) meeting in Abuja.

Yila said the apex bank has started debiting the accounts of its defaulters, especially the states and farmers who have benefited from its interventions.