PAY ATTENTION: Check the news which is chosen exactly for you ➡️ find the “Recommended for you” block on the home page and enjoy!

The Central Bank of Nigeria (CBN) has concluded direct deduction from the bank accounts of defaulting debtors under the Anchor Borrower Program (ABP).

Celsus Agla, Senior Director of CBN’s Development Finance Office in Port-Harcourt, made the announcement Thursday during a meeting with maize farmers and other stakeholders.

ThisDay reports that Agla said some farmers who got loans through the Anchor Borrower program ignored requests for repayment, and some described the loan as a subsidy, forgetting that their bank verification number was included when they applied.

Agla noted that CBN is considering using the Global Standing Instruction (GSI) which allows banks to deduct money from accounts of defaulting debtors to settle their debt,

“The GSI is a system where if you have an account with a bank other than Unity Bank and there is money in that account; “because your BVN is attached to these loans, if the GSI is triggered, funds from these accounts can be collected to repay the loan to Unity Bank.”

Although he said GSI would be the last resort to collect overdue debt, that will begin soon, The Cable added.

“A creditor bank may use the GSI as a last resort, without recourse against the borrower, to collect the obligations due (principal and accrued interest only, excluding any criminal charges) from a defaulting borrower by direct set-off of deposits, investments held in eligible bank accounts of the borrower with participating financial institutions.” 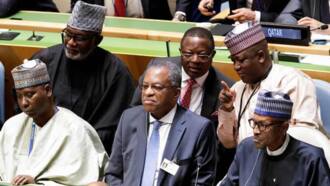 You will recall that the CBN previously reacted to news that some farmers were using ABP loans to marry new wives.

Zenith and Gtbank Top List of Nigeria’s Most Valuable Banks

Meanwhile, a previous report by Legit.ng showed that Zenith Bank started 2022 as the most valuable commercial bank in Nigeria.

Furthermore, the aggregate market capitalization of all the banks examined increased by 46.6 trillion naira to 3.84 trillion naira.