WASHINGTON — Guy Reffitt, a 49-year-old unemployed oil rig worker from Wylie who stormed the U.S. Capitol with a gun in its holster, on Tuesday became the first person to be convicted by a jury for his role in last year’s historic assault on the headquarters of Congress.

The verdict was swift, after only three hours of deliberation. The jurors found him guilty on all five counts.

The result represented a decisive victory for federal prosecutors in the first trial among hundreds of cases stemming from the riot, which was spurred by the false belief that the presidential election was stolen.

The jury found Guy Reffitt guilty of interfering with police officers guarding the Capitol on January 6, 2021 and obstructing justice for threatening his two teenage children if they reported him to law enforcement after the attack.

The verdict could be an indicator for many other Capitol riot cases. This could give Justice Department prosecutors more leverage in plea negotiations and discourage other defendants from betting on their own trials.

Richard Roper, a former US attorney in Dallas, said the government would certainly use the Reffitt case to its advantage.

“They’ll see this as a case that sets the standard, and they hope it gives them the momentum to convince many of these other defendants to fold their cards and plead guilty,” Roper said. “A three-hour verdict speaks volumes.”

Roper said the jury pool in Washington, DC, is another advantage for the government. This is because it tends to include more progressive people, many of whom work or have worked for the government and “will have some opinion on the matter”.

“That wouldn’t bode well for the defendants,” Roper said.

Dallas defense attorney Derek Staub said the verdict came as no surprise to him.

“The feeling is that the riot took place in my garden,” he said. “You have that hometown effect.”

Reffitt did not testify during his trial, which began last Wednesday. He obviously did not react to the verdict, but his face was covered with a mask.

During closing arguments in the trial on Monday, Assistant U.S. Attorney Risa Berkower told jurors that Reffitt traveled to Washington, D.C., with the intention of preventing Congress from certifying President Joe Biden’s election victory. . Reffitt proudly “lit the fire” that allowed other members of a crowd to overwhelm Capitol police officers near the Senate doors, the prosecutor said.

Reffitt, unlike many other defendants in the massive case, was not charged with entering the Capitol building. Defense attorney William Welch said there was no evidence Reffitt damaged property, used force or physically injured anyone.

The defense attorney urged jurors to acquit Reffitt of all but one charge: He said they should convict him on a misdemeanor charge that he entered and remained in a restricted area.

Reffitt was convicted of obstructing official process, being unlawfully present on Capitol grounds while armed with a firearm, transporting firearms during a civil disturbance, obstructing law enforcement during civil unrest and obstruction of justice.

Jurors saw video that captured the confrontation between a few Capitol police officers and a crowd of people, including Reffitt, who approached them from the west side of the Capitol.

Reffitt was armed with a Smith & Wesson pistol in a waist holster, wearing zippered handcuffs and wearing a body armor and helmet fitted with a video camera when he walked up to police, according to prosecutors. He retreated after an officer sprayed him with pepper spray in the face, but he waved at other rioters who eventually entered the building, prosecutors said.

Before the crowd moved forward, Reffitt used a megaphone to shout for the police to move aside and to urge the crowd to move forward and past the officers. Assistant U.S. Attorney Jeffrey Nestler said Reffitt played a prominent role that day.

In his later account at a militia meeting, Reffitt is quoted as saying, “No one was advancing until I climbed up that ramp.” He said he kept yelling at the crowd “Go ahead” and “Take home”.

“I didn’t want to be the first guy up there,” Reffitt reportedly said.

During testimony last Friday, prosecutors zoomed in on a video image of Reffitt on Capitol Hill. FBI Special Agent Laird Hightower said the image shows “a silver metallic linear object” in a holster protruding from under Reffitt’s jacket as he leaned forward.

Shauni Kerkhoff, who was one of the Capitol police who tried to push Reffitt away, said she threw pepper balls that didn’t stop him from moving forward. She testified that Reffitt appeared to be leading the crowd down the stairs toward the police.

Reffitt’s 19-year-old son testified last Thursday that his father threatened him and his then 16-year-old sister after he drove home from Washington. Reffitt told his children they would be traitors if they reported him to the authorities and said “traitors get shot,” Jackson Reffitt recalled.

Jackson Reffitt, then 18, said the threat terrified him. Her younger sister, Peyton, was on the government’s list of possible witnesses, but did not testify.

Jackson Reffitt used a cell phone app to secretly record his father bragging about his role in the riot. The jurors heard excerpts from this family conversation. He first contacted the FBI on Christmas Eve, less than two weeks before the riot, to report concerns about his father’s behavior and increasingly disturbing rhetoric. But the FBI did not respond until January 6, after the riot broke out.

Another key witness, Rocky Hardie, testified that he and Reffitt were members of the “Texas Three Percenters” militia. The Three Percenters militia movement refers to the myth that only 3% of Americans fought in the Revolutionary War against the British.

Hardie drove from Texas to Washington with Reffitt. He testified that they were both armed with holstered handguns when they attended then-President Donald Trump’s “Stop the Steal” rally before the riot broke out. Reffitt also took an AR-15 rifle to Washington but left it locked in his car, Hardie said.

Hardie said Reffitt, on their drive to Washington, talked about getting lawmakers out of the Capitol and replacing them with people who would “follow the Constitution.” Hardie also said Reffitt gave him two pairs of zippered handcuffs in case they needed to restrain someone.

Reffitt was arrested less than a week after the riot. The FBI found a holstered handgun on a nightstand in the defendant’s bedroom when they searched his home.

Those who go to trial and lose will face stiffer penalties because of how the federal sentencing rules work. Reffitt could be facing “a serious moment,” Roper said.

He noted that each case is different with its own set of circumstances. Yet the evidence in Capitol riot prosecutions, like the Reffitt case, includes hours and hours of videotapes, not just from Capitol surveillance cameras, but from the defendants themselves.

“Many of these defendants have made outrageous statements on social media that will come back to haunt them,” Roper said.

Staub said it’s not unusual for federal prosecutors to have many terabytes of evidence in big cases. But the case of the Capitol riot, he said, is unique.

“They have everything on tape,” he said. “It brings him to life.”

More than 750 people, including more than 60 Texans, have been charged in connection with the Jan. 6 siege, described by some as “the largest assault on the Capitol since the War of 1812.”

Two dozen people from the Dallas-Fort Worth area are among those charged, including Stewart Rhodes of Granbury, founder and leader of the Oath Keepers militia.

Of the North Texans, four have so far pleaded guilty to the charges against them. Two were sentenced to prison.

More than 220 of the defendants across the United States have pleaded guilty, mostly to misdemeanors. And more than 110 have been convicted. About 90 more have trial dates.

The Associated Press and writer Kevin Krause contributed to this report. 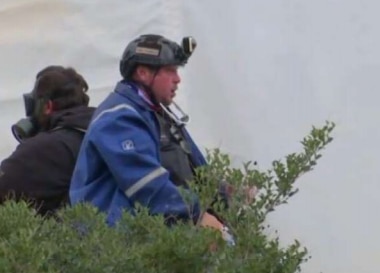